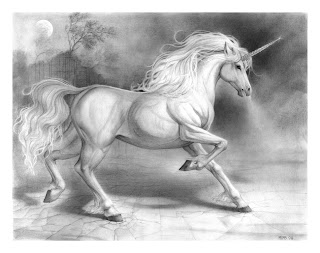 Hello! It's me, Dave! You know, D, aka Polybidave? Polyfulcrum has mentioned me, and I've even posted here before. Well, the whole “guest” post thing is over, I'm real now. Yay! I've been living with PF and S for over a year. I've been much more active writing on my own blogs and certain forums which I frequent of late. Finally, I recognized that I wanted to be “real” here, to participate, and I set about an insidious plan to achieve my goal. I asked.

This piece, which I wrote recently for my blog, was intended to provide a resource for a very specific, though quite common subset of people who are almost universally criticized. These people are in a tough spot. They usually know very little of this because they are new. They speak up, ask for what they want (that's what you're supposed to do, right?), and are promptly told that they are doing it wrong.

I am pretty happy with the final product, and decided to post it here as my first “o”fficial contribution. Due to it's length, I have broken it up into four parts. This article is on the technical side. It's not touchy-feely. I have taken pains to avoid insulting, but I have not held back criticism. To balance this, I have tried to offer helpful suggestions.

There are large areas that I don't touch. If I were to try to be exhaustive on the topic this would be a book (hint hint, it's in the queue). I have also tried to present something close to a best case scenario, avoiding any pretext of a Straw Man argument. I assume the highest and best intentions of an inexperienced Poly couple, and go from there I hope you enjoy. :)


So, you just posted on this really cool Poly forum that your friend told you about. You posted that you and your partner are ready to open up your relationship and find a special person to add to it. For some reason, a ton of people seemed upset at your post and started replying with a bunch of hostile, snarky comments that didn't describe you at all. They told you that you were doing it wrong, that you are bad for wanting to find someone, and that you should go read a book. Wait, I thought these people were Poly?! Aren't they supposed to be open and accepting? What's the deal?

One thing that many of them said was that you are a “Unicorn Hunter”. Not knowing what they meant, you asked your good friend Google what a “Unicorn Hunter” was, and you figured that out. A “Unicorn” is that rare, mythical figure that many couples look for, a polyamorous, bisexual woman (Yay! That sounds great!), someone who might want to date both you and your partner. That sounds good. That means that “Unicorn Hunters” are a couple who are looking for that person to join their Dyad, to make a Triad.

What's a “Triad”? Well a Triad is a Poly relationship where three people are all in relationship with each other, as opposed to a “V”, where three people are involved, but two of the people aren't connected with each other directly, merely connected as “Metamours”. Metamours are your partner's partner, someone you are not dating directly. In these situations, the person in the middle of the V would be considered the “Fulcrum”. Sorry for the lingo, but this is old hat to some and useful to know for all.

Back to the idea of adding someone to your relationship, making a Triad, isn't that what Poly is? Isn't that the point? What the hell is wrong with that? Why did all of these people have such a major stick up their butt?

Well, it's not that simple. There are a lot of underlying assumptions made, even in the text above. If you have a conversation with a new-to-Poly couple about what they are looking for and start asking some probing questions, many answers come out that are pretty consistent from one experience to the next. Again, people who are in this position, a couple talking about opening up their relationship, have very predictable challenges and concerns. These challenges and concerns are so common that people who have seen this play out before will often jump to conclusions about what YOU are looking for, and perhaps more importantly, HOW you are going to want to structure the relationship, and even HOW it will be negotiated, that they have a strong, negative reaction to your initial introduction before you have shared any details.

Is that fair? Heck no. Are they right? Well, only you can answer that. The fact that you are here, reading this, implies that you care. You are willing to listen/read/learn and figure this out to get it right. Congratulations! There are some challenges between where you are now and where you want to go (likely, I'm making assumptions too!), but anything in life that is worth a damn has challenges before it. My goal with this article is to lay out why these people had the reaction they did, why it was so strong (!), and what you can do to get what you want without creating dysfunctional relationships and hurting people.


Common issues when opening a relationship

If you understand some of these underlying issues and assumptions, you will see how people can actually be perpetuating unhealthy, dysfunctional standards and practices while being completely unaware that they are part of the problem. If anyone has ever described the idea of societal privilege to you, it's kinda like that. If not, I'll leave that alone for now, it's a can of worms that would just derail our current conversation if I went into it with any significance. The core of it is, you can be a good person, doing things that seem reasonable from your perspective, and still be part of a problem. It really does take some education, some communication, and a lot of forethought to get this one right.

First, many but not all situations where people are given the title of “Unicorn Hunter” follow one very specific model. It is not necessary that the people look like this, or feel like this, but the overwhelming majority share many of the traits I describe below. The examples that I'm going to write in this article will not likely be an exact match to you or your situation (how could it be?), but please don't think that just because this doesn't describe you precisely that this article can't offer any benefit or insight that you can use. Got it? Good! Here are the archetypal “Unicorn Hunters”.

The Unicorn Hunters that I'm going to use in this article are a male/female couple, the female partner is bisexual while the male partner is heterosexual (mostly), and they are looking to have a woman start dating them together. They have been together for over a year and are open-minded, tolerant, ethical, progressive people. Their relationship has some very good points, they genuinely care for each other, are committed, and tend to be open to new experiences.

Things haven't been perfect. It's not that something is drastically wrong, it's just that things aren't hitting on all cylinders. In previous relationships one or both people have felt that their partner wasn't everything that they needed in a “soul mate” and they moved on, practicing what many call “Serial Monogamy”, where monogamous people go from relationship to relationship “shopping” for the right partner that they will finally settle down with.

This time, though, things are different. This time, their current partner feels like “the One”, or they could be, but there is still something missing. One of our intrepid Unicorn Hunters ran into the idea of swinging/open relationships/polyamory in some form, and they took the risk to talk about it with their partner. Much to their mutual surprise, neither party completely dismissed the idea (maybe someone did the first time, but they came back to it later, and finally the idea stuck). After much foot-dragging and many late night talks, the decision was made to go for it.

But before they actually did anything precipitous, like posting in a Poly forum, they had discussed these issues:

Not all Unicorn Hunters discuss all of those things, but many do. Some have other specific issues that are important to them, but this list is what I'm going to focus on, and trust me, it is plenty. There are so many pitfalls and traps here, that we can more than adequately explain the outrage that was observed from our zealous forum denizens. What do you mean, pitfalls, aren't these good things to talk about? Yes, they are. These are issues that need to be discussed when opening up a preexisting relationship, certainly, but perhaps not for the reasons or in the way that you might think.
Posted by Dave at 8:17 PM

Where is the rest of this blog???

Am so excited that my ex husband is back into my life after we had a serious argument which led to him leaving me, my life was a mess without him because he was my source of happiness i tried calling him but he didn't answer my call but everything came to an end after i contacted this genuine and powerful spell caster called DR Padman who cast a love spell on my ex husband to make him realize how much he loves me and that we are meant to be together forever, since then we have never had a quarrel again and our love for each other has continue to grow each day. contact him now for urgent love spell at info@padmanspell.com or padmanlovespell@yahoo.com or add him up on WhatsApp +19492293867 web site https://padmanspell.com