Valentine's Day for the Polyamorous 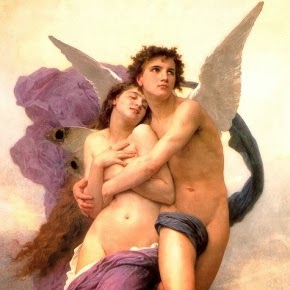 It's that time of year again. February. Valentine's Day.

Yes, a day fairly inconsequential for the monogamous since it's just another date night whereas Valentine's Day is a logistical logjam for the Polyamorous.

I mean, look at ol' Eros here. His wee little wings are barely keeping him in the air. Imagine if he had two more chics he was embracing and trying to remain aloft? Anyhow, I digress.

Let's do some math.

Including my wife, I've three partners; she has three partners including me; each one of those people have on average two partners ... and we're all competing for time on the same day. So that's six of us in my immediate pod then approximately eight metamours - at least 14 people - all vying for roughly six hours of evening time on Friday February 14, 2014. Ugh. 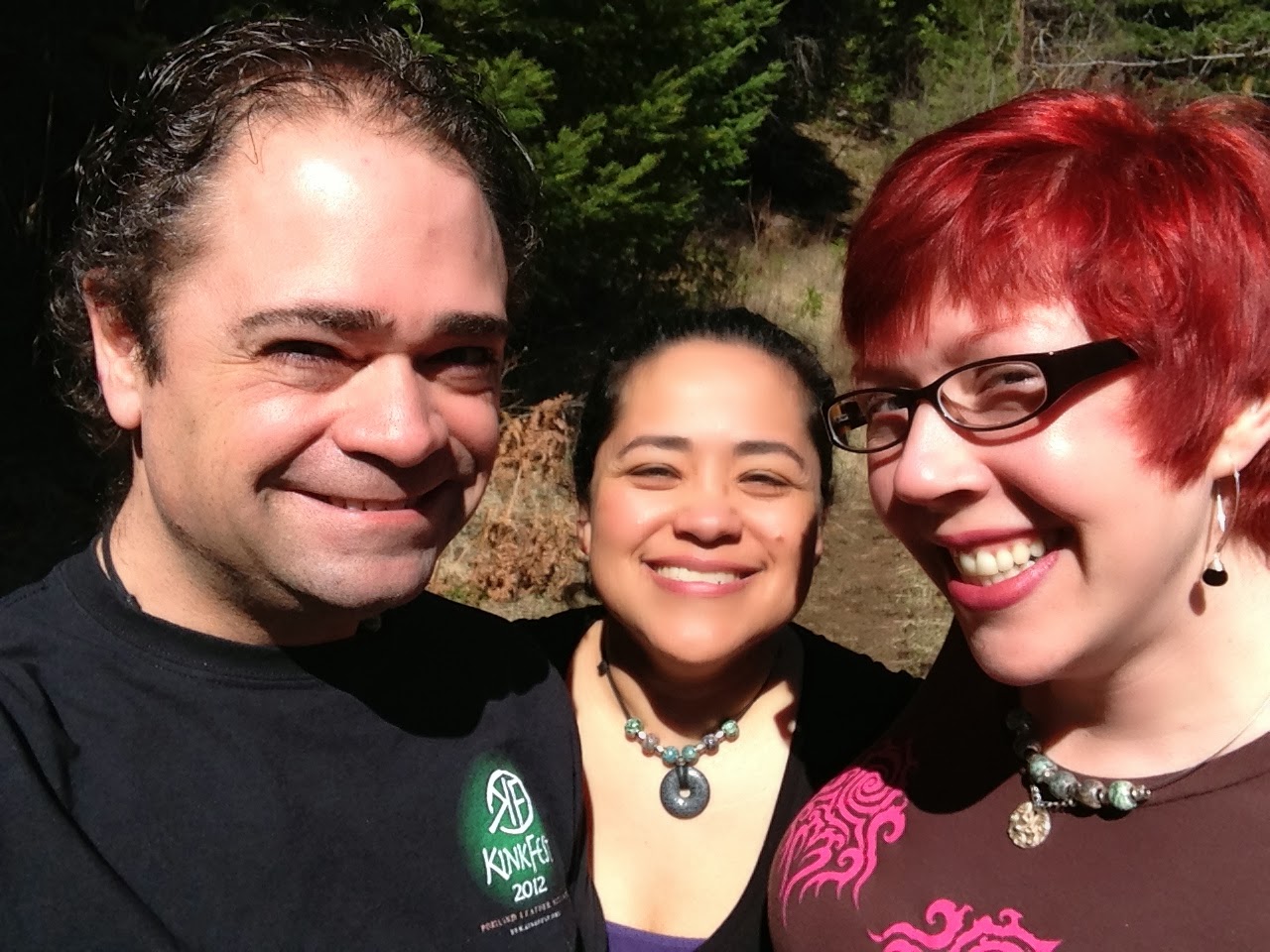 So Valentine's scheduling begins early for the Polyamorous. In our household, matters are made more complicated in that Regina, Camille, and I share an annual commitment to each other during the Candlemas/Imbolc Ritual; this happens around the first weekend in February. We write our commitments to each other on 3x5 index cards and recite them to each other in a shared space with low-light and candles, hand-holding, smiles, and tears - we state our intentions and commitment to making this all work. It's our annual reminder of why we're doing all of this. This year, we're heading out on a trip together on that first weekend.

Slightly complicating matters, annually, during the second week of February, Camille flies off to Pantheacon in California. This year, Cam will be boarding the plane on Valentine's Day itself, so she and I had to schedule our romantic time together on the 13th ahead of her departure date, meaning Gina and I get Valentine's Day proper to ourselves. Still, I had to schedule time with Alisa after returning from our trip, ahead of the week on Tuesday the 11th.

Okay guys, start thinking about the traditional Valentine's Day expenses here. Today, for each of these dates, I had to secure reservations for evening dinners. Along with the dinner there'll probably be some flowers, gifts, cards, and at least in one case, evening entertainment. Moo-ching. That's the cash-cow. It's grazing, right over there, in the pasture of love.

Meanwhile, Gina's scheduled time with one of her partners on the 13th and (perhaps luckily) Dave doesn't do Valentine's Day. Gina informs me that it'd be impossible to select just one piece of new lingerie that would satisfy all three of her partners so she'd have to find three separate outfits - if she was going to do such a thing - and then she'll be picking cards, gifts, and keepsakes out, too. Moo-ching.

Come to think of it, there's probably an awesome multiplier effect here that - if measured - would show that Polyamorous people contribute at least 1% of national GDP on Valentine's Day in redundant economic expenditures. Call it the Poly Boost.

And Heaven help us if we're going on any romantic trips.

Of course, it'd be terribly sensible to share lingerie and flowers amongst our partners yet regrettably insensitive, but that's kind of what our pod does when we share the Candlemas trip together. We're sharing time. That's one way that we skirt through incurring hugely outrageous expenses. We all chip in and make it happen for all of us. And for me, it also helps reaffirm that we're all in a relationship together - the three of us - in a season that celebrates dyadic relationship models.

Anyway, I thought this would make a decent blog post so decided to say a few words on it. How does your pod/poly circle celebrate Valentine's Day?