Why Won't I Date Someone Who Is Cheating? 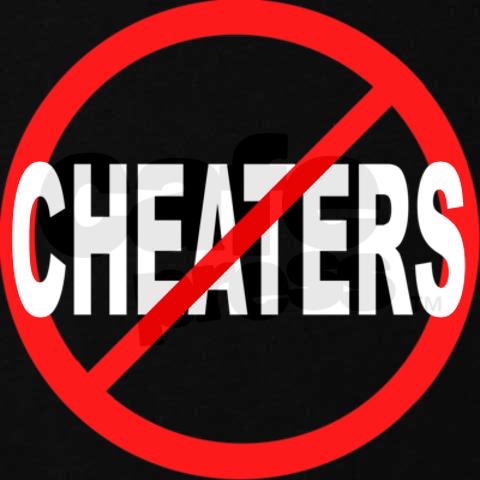 Although I'd much rather be enjoying the pleasant canoodling I was anticipating, than writing this blog post, some stories must be told, and some things must be said!
This week, I was going to have a second date with a new prospective partner. We had a mutual kink that we both wanted to explore.  The first meeting went well, but there was just something that seemed off...something I couldn't quite put my finger on...So I kept asking questions, and finally got very direct: "Is there anyone else that might be upset by our interacting?" He said that this kink was one his partner (hadn't been mentioned) wasn't interested in exploring with him, and so he was looking elsewhere without their knowledge.  Please understand that he loves her, they have a good relationship, but he really wants this particular thing in his life.  Just give him a chance.

Sigh.  If I had a dollar for every time I've heard variations on that story...

Too often I've heard the "ethically" non-monogamous justify their involvement as an integral part of a cheating dynamic as it not being any of their business what someone else does/does not do within their other relationships.  They say personal autonomy trumps any responsibility they have to say "No" to involving themselves with someone who is cheating on their partner with the poly person.  They say that the situation is complicated, and it would be too hard for the other person to make changes to create an honest environment.  They say that we shouldn't judge anyone else's actions by our own standards.

Calling bullshit on all that mess.

At the minimum, it is MY standard to assure (as much as I can) that a third party isn't having their ability to consent taken away from them via lack of information, where I would be complicit in that deceit.  It's irrelevant that I personally am not breaking agreements to pursue that connection.  Being a partner of someone who is cheating on their other person isn't who I want to be.  Having a partner who is cheating isn't a partner I want to have.  The potential damage to my world isn't worth that risk.

Most people think it's going to be the end of the world if they rip off the band aid and tell their partner they want additional connections.  They are probably right in assessing it will be disruptive.  Personally, I've done that work, and I want to only date other people that are willing to work that hard too.  No cheaters.  No excuses.
Posted by Polyfulcrum at 10:32 AM 11 comments: