If you're reading this, you're probably a hacker.

And you may not have any real programming or technology skills to speak of.

But you are a hacker.

"Someone who makes innovative customizations ..."

"Someone who combines excellence, playfulness, cleverness and exploration ..."

"Someone who re-builds, re-models, and re-creates ... to make it faster, better, or do something that the original design was never intended to do."

Polyamory is for life hackers.


Reinventing everything is a constant creative exercise. Something's gone dreadfully wrong if it's become stagnant, predictable, and static. That's when the Universe is urging you: Go ahead. Hack it. Change it. Learn from it. Make it better.

The revolution will not be televised.
R
(s1m0n)


Lately, I've been writing some 101 articles for the blog; you can find them using the poly101 label on the site. In this article, I'm addressing a key idea behind polyamorous relationships.

When I first confronted Polyamory, I remember describing the sensation as "fairies, castles, and unicorns."

There I was having just wrapped up having sex with my friend's wife and he's in bed with his girlfriend. And everybody was okay with it. Wow! It was amazing! I had no idea that this kind of openness existed.

Hell, I'd never dreamed that I could be a part of anything like that.

Shortly thereafter - as the euphoria settled down and reality crept in - I had to start contending with the emotional baggage that accompanies the Polyamorous traveller. The jealousy, fear, joy, and excitement; the resentment from partners of my partners; the outright contempt from others; breakups; anger for not "being allowed" to do whatever the heck I wanted; the compassion and caring that I felt for newbies to the lifestyle; the sympathy and empathy I feel for my partners when I return home to my wife.

Poly really looks cool and fun on the outside. But the truth is Poly is a big-ass poo-bag of complex emotions that forces us to confront stuff that Monogamy attempts to either avoid or suppress, and for which many of us aren't prepared to manage.

In my experience with Polyamorous communities, I'd probably say that a strong majority of polyfolk support expressing, discussing, and resolving emotions. I'd even go so far as to say that discussing and processing emotions is part hobby and part therapy. The Poly tribes that I'm familiar with will go through a process that looks a bit like this:

1. Feeling. Somebody will have an emotional response and that could be deeply internalized or visibly, emotionally, publicly expressed.

3. Labeling. Eventually, it would seem to me that most of the Polyamorous have a categorical mind. They attempt to affix labels to what they're feeling so they can transform it into something manageable. Giving it a name certainly helps. It also helps in describing their emotional state to others.

4. Managing. Meanwhile, labeling helps identify tactics that could be employed to help contend with the emotion; tricks and tips that could be used right away or over time. Further, there may be an act of negotiation here where partners are asked to give consideration to the emotion and to modify their behaviours as to avoid another trigger.

5. Resolving. Finally, there is a resolution. Now, that resolution may not mean the absence of the emotion - not at all. It may just become the background noise of an ongoing state. It may never be erased. Hopefully though, the Polyamorous person feels heard, that they're doing their best to manage it, and they've developed a new skill in the process.

I've always thought of Polyamory as a lifestyle that interjects critical thinking into relationships and I must tell you that many of my peers laugh at me when I say this so take it as you will. Still, when I watch how the Polyamorous contend with difficult emotions, I'm always amazed by how - instead of just raw, emotional, uncontrolled reaction - they slow down, wait, process their feelings, and walk through a resolution pattern.

I dunno about you guys, but this was the pattern of my first twenty years of romantic engagements. I really can't tell you how I arrived at that or why I did these things, but I can tell you when it ended: when I became Polyamorous.

It's my opinion that those who practice Polyamory do so not just for the sex appeal but to expand their emotional horizons. They're interested in pushing what's accepted, normal, and taboo, in order to explore their own reactions. Dealing with emotions is a big part of polyamorous culture.

There's a lot of fear and anxiety in seeing somebody you love fall in love with somebody else, and then turning around and accepting that as okay for them, okay for you, and okay for the party they love. It's not easy. It's not anything you'll get right the first, second, or seventh time around - it's an ongoing evolution of honing your emotional muscle and for re-patterning what programming you may have started out with. Polyamory is the journey pushing you on through these emotions, and hopefully inspiring growth and better self-awareness over time.

Being Poly Means Never Saying No. To yourself... 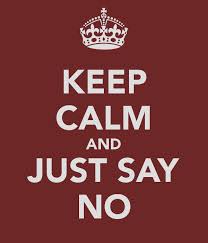 Frankly, this is one of the more irritating takes on poly that I run across! Based on the idea of autonomous hedonistic abandon: There is no one of importance in decision making, outside of yourself, even in situations where multiple partners are impacted by those decisions.   The feelings and needs of others are only considered if it's convenient, and fits with what someone naturally, organically, wants to do themselves.

When someone uses the fact that they are poly to justify impolite, inconsiderate, irresponsible, unkind-to-others behavior, it really grates on me.   "Well, I wanted to do X, so even though our agreement was that X was off the table, I did it anyways.  Stop trying to control me!  That's not poly!  So there!"

Show a bit of SELF control!  Being in relationships involves, well, relating to others.  It's not a solo practice.  If the objective is complete autonomy, get out of the relationship business.   Keep things strictly transactional, so that no one is surprised when you fly off to Hedonism III, instead of showing up for the family vacation.

There are going to be times where saying "no" to yourself involves saying "no" to someone else as well.   That sucks.  I get it.  It'd be nifty keen if we were all independently wealthy, had unlimited time, and there were no conflicts between your partner's schedules and needs.   It'd be groovy if all the practicalities of life spontaneously took care of themselves, and no one had to do laundry instead of taking a free class on sensual massage with the Swedish Bikini Team, where they were the demo model.

Life ain't like that!  Deal with reality here: Sometimes, saying "no" to yourself in the moment is the best thing you can do to create the opportunity to say "yes" in the future.   Sometimes, you just do without, but in the end, if you are surrounded by those you love, and you respect how you've gotten there, isn't that worth telling yourself no?
Posted by Polyfulcrum at 8:34 AM 1 comment: